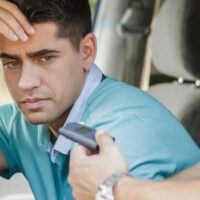 Florida law enforcement has relied upon breathalyzer technology for decades as part of the strategy to combat drunk driving. These devices are the preferred, non-invasive method for chemically analyzing the blood alcohol concentration (BAC) of a motorist suspected of DUI. Soon, the criminal justice community may have access to similar technology in the fight against drugged driving. According to an NPR article dated September, 5, 2019, researchers have developed a prototype of a breathalyzer-type device for detecting the presence of THC – tetrahydrocannabinol, the main psychoactive chemical in marijuana.

As 33 US states and the District of Columbia have legalized some form of pot and decriminalized possession, driving under the influence of drugs has become a serious safety concern. While the marijuana breathalyzer only has prototype status, officials still aggressively pursue high drivers. If you were arrested, trust a Florida drug crimes and DUI attorney to assist with your case. An overview of drugged driving laws may also be informative.

Drugged Driving Laws in Florida: The state DUI statute prohibits a motorist from driving while under the influence of a controlled substance to the extent that his or her capabilities are impaired. To determine the presence of marijuana or other drugs, officers usually rely on blood tests; however, police don’t necessarily need this type of proof if they have other evidence that you’re high and impaired. In addition, departments throughout Florida are also implementing drug recognition experts that are trained to identify the signs that you’re under the influence of a drug – including marijuana.

If convicted based upon any of these factors:

In addition to these criminal penalties, there are also implications for your driving privileges. Your driver’s license could be revoked for at least 180 days and up to 12 months.

No Excuses for Medical Marijuana Users: Even if you have a valid medical marijuana card and obtained a legal prescription to use it for designated purposes, the laws regarding drugged driving don’t change. In the eyes of the law, you’re still a safety risk when impaired, so there are no exceptions for driver who has a medical marijuana prescription.

Even if marijuana breathalyzer technology becomes available in the coming years, there are still legal defenses available fight drugged driving charges. For more information about your options, please contact Fort Lauderdale criminal attorney Kevin J. Kulik. We can set up a consultation to assess your situation and determine how to proceed.