What Is The Difference Between Part I And Part II Crimes In Florida? 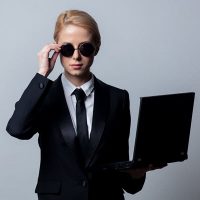 The best way to explain this method of classifying crimes is to describe what it is NOT: The terminology behind Part I and Part II offenses does not create a distinction like felony or misdemeanor, and the concepts do not dictate the punishment for a conviction. Instead, the descriptions are how the Federal Bureau of Investigation (FBI) tracks the level and scope of criminal activity. Agencies throughout the US submit information on the offense, offender demographics, and how the case was resolved, which are important for planning purposes and public awareness campaigns.

The FBI uses these details to generate reports on:

In other words, the classification of Part I and Part II offenses does not directly impact an individual criminal case in Florida at all. These terms just tend to intimidate and confuse, which is why you should trust your case to a South Florida criminal defense lawyer. Still, an overview on the difference between Part I and Part II crimes is helpful.

Part I Crimes and Data Gathering

When creating a system for Uniform Crime Reports (UCR) on arrests and offenses, the FBI opted to separate out serious crimes to understand the societal and public safety impact. These Part I offenses occur with regularity throughout the US and are likely to be reported to police, as opposed to so-called victimless crimes. Officials can optimize data on Part I offenses by comparing crimes known to police with total arrests. This category includes:

These offenses are generally less severe in terms of the impact for society and public safety. Information on crimes known to police is not practical for data purposes, since victims of Part II offenses may not notify police; plus, crimes are considered victimless. As such, only arrests are reported for Part II crimes, such as:

While the difference between Part I and Part II crimes may have limited bearing on your criminal case, what DOES matter is retaining an experienced lawyer to represent you. For more information, please contact Fort Lauderdale criminal attorney Kevin J. Kulik to schedule a confidential consultation at our office.