5 Quick Facts About Rolling Retests and Your Florida IID 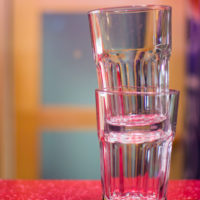 If you’ve been convicted for Driving Under the Influence (DUI) in Florida, there are some scenarios in which you might be ordered to install an ignition interlock device (IID) on your vehicle. A judge may require an IID for your first drunk driving conviction, but it may also be a factor for subsequent DUIs or in the presence of aggravating factors – such as a minor in the car or a blood alcohol concentration (BAC) of .15 percent or more. As you may be aware, the IID involves technology that prevents your vehicle from starting if it detects alcohol above a certain limit when you blow into it.

What you may not know is that the Florida Department of Highway Safety and Motor Vehicles (FLHSMV), which oversees the IID system, also mandates “rolling retests.” It’s understandable that you have questions and concerns about the concept, and a Florida DUI defense lawyer can provide more details. However, some basic information may be helpful.

Consult with a Florida DUI Defense Attorney Regarding Your Case

The best way to avoid the IID requirement is to fight drunk driving charges using any defense that may be available in your case. By retaining a knowledgeable lawyer, you can take advantage of strategies to fight the charges and obtain a favorable outcome after being arrested for DUI. To learn more about your options, please contact Fort Lauderdale DUI attorney Kevin J. Kulik. We can answer your questions and set up consultation at our office.