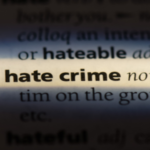 Florida Law Enforcement Cracking Down After Spate of Hate Crimes

Like many other large urban districts throughout the US, crime rates in South Florida are generally higher as compared to rural areas. However, from time to time, there are spikes with certain types of criminal activity that cause concern for law enforcement; hate crimes definitely fall into this category. A recent spate of offenses… Read More » 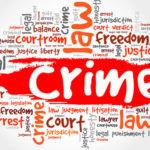 If a new bill proposed by state representative passes, there will be another offense added to the list of hate crimes in Florida: Acts of violence based upon political affiliation. According to the Sarasota Herald-Tribune, the law is a response to a series of violent incidents across the US in recent months. State law… Read More »

In the last few months, the limelight has shifted to focusing in on discrimination issues on various levels. With the brutal attack on two gay men in Philadelphia last year and within the last few days, the brutal murder of three Muslims who were allegedly killed for their religion, these types of differences have… Read More »

“Homelessness” is a Protected Class under Florida’s Hate Crime Legislation

When one thinks of “hate crime,” one usually thinks about an assault committed against a member of a vulnerable community; generally an offense related to a racial, gendered, ethnic, disability, or sexual orientation prejudice. Nationwide, any offense that is found to be a hate crime carries with it significantly harsher sentences for the offenders…. Read More »