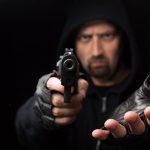 Answers To Your FAQs About Florida Robbery Charges

One of the most common questions is “How many people are arrested for robbery every year in Florida?” – and the answer is a straightforward one: According to the Florida Department of Law Enforcement (FDLE), there are approximately 6,000 individuals charged with robbery annually statewide. A good percentage of these arrests occur in South… Read More » 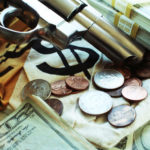 Southwest Florida Crime Stoppers is seeking help from the public to identify and apprehend a man who robbed at drug store in Lehigh Acres at gunpoint in the early morning hours of June 1, 2017. The Lehigh Acres Citizen reports that the man entered the store and exhibited a gun, then demanded that the… Read More »

Broward County Police are on the lookout for a man alleged to be involved in two recent robberies at a Deerfield Beach gas station and a Dania Beach convenience store. The robber staged a hold up at gunpoint in the first incident and then shot the 70-year-old manager of the gas station a day… Read More »

What Comes Next for Woman Arrested for Bank Robbery? Arraignment

As reported by the Sun-Sentinel, a Broward County woman was arrested on charges of robbery after hitting a credit union and bank in the Fort Lauderdale area. She is accused of stealing cash amounting to more than $4,000 over the two incidents, which occurred over a five-day period. In both cases, she was disguised… Read More »