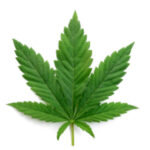 Reminder That Marijuana is Still a Controlled Substance in Florida

Even as some US states are legalizing marijuana for recreational and medical use, it’s important to remember that you can still be charged with Florida drug crimes for certain forms of misconduct. In fact, cannabis remains a Schedule I controlled substance, defined as a drug with no currently accepted medical use and a high… Read More » 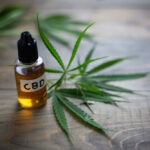 The Latest on CBD Oil Under Florida Law

Ever since the US Farm Bill removed hemp from the list of controlled substances in late 2018, Florida has been in a state of limbo regarding how to regulate the plant’s derivatives – particularly the increasingly popular cannabidiol (CBD). Fortunately, the state recently followed suit to align state law with the federal statute. According… Read More » 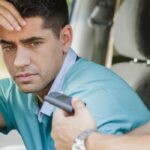 Florida law enforcement has relied upon breathalyzer technology for decades as part of the strategy to combat drunk driving. These devices are the preferred, non-invasive method for chemically analyzing the blood alcohol concentration (BAC) of a motorist suspected of DUI. Soon, the criminal justice community may have access to similar technology in the fight… Read More » 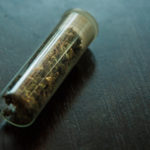 Steps To Getting Your Medical Marijuana Card In Florida

It has almost been two years since Florida passed a constitutional amendment that broadly legalized medical marijuana, and implementation of the registration and dispensary system has come a long way. Marijuana remains illegal for residents who do not have the required medical marijuana card, and a legal battle continues regarding the legality of smoking… Read More » 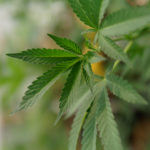 Lawmakers To Revisit Bill To Decriminalize Marijuana In Florida

A group of Florida lawmakers remains undaunted on the topic of marijuana decriminalization, as they are refilling legislation to reduce penalties for personal use after it did not pass during the last legislative session in 2017. A January 5, 2018 article from Jacksonville, FL based First Coast News reported that the new bill would… Read More »

The Hillsborough County Sheriff’s Department has charged a mother, father and son in connection with a marijuana grow operation that spanned four houses in Tampa’s Citrus Park neighborhood. An August 3, 2017 report in the Tampa Bay Times stated that investigators found and confiscated 370 marijuana plants, which weigh almost 550 pounds and have… Read More » 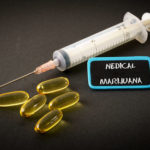 On Election Day 2017, Floridians approved a constitutional amendment regarding the use of marijuana for medicinal purposes. Tampa Bay’s ABC Action News WFTS reported on Amendment 2 on January 3, 2017, the day the new law went into effect. In general, the amendment allows doctors to prescribe medicinal marijuana to more patients that qualify… Read More »

As in many states across the country, the debate over whether to decriminalize medical marijuana continues in Florida. The Palm Beach Post recently featured a story detailing the positions of different experts on the topic, as Florida residents will vote on legalization of medical marijuana – a.k.a., Amendment 2 – in the upcoming election…. Read More »

In our society, contrary to popular belief, there are only a limited number of circumstances where people have an obligation to help others that are in dangerous situations. The obligation to help others only is provided where there is a special, legally-defined relationship between the one needing help and the one providing help. The… Read More »

Medical Necessity Doctrine: How Defendants May Protect Themselves from Being Prosecuted for their Use of Medical Marijuana

In November, Florida voters will be able to make a statutory change to the Florida’s current drug laws, more specifically the legalization of medical marijuana. This would have an immense impact on drug laws and their criminalization within the state. The Governor just signed into force the Compassionate Medical Cannabis Act of 2014, which… Read More »