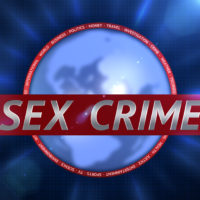 Though it took decades of investigative work and thorough analysis of DNA evidence, police recently made an arrest in a Florida sex crimes case dating back to 1983. According to an Orlando Sentinel report, the man stands accused of abducting a woman at knifepoint and raping her after accosting her on a bicycle. The case went cold, but the victim’s rape kit remained in the custody of the Florida Department of Law Enforcement, until crime lab analysts found a match with the perpetrator’s DNA in October 2018. The DNA evidence, along with the accused’s criminal history, led to his arrest.

Though it makes for great TV and news headlines, there is much more to DNA evidence in a criminal case than you might expect. This is especially trust with Florida sex offenses, due to the presence of various bodily fluids. Because it is considered almost irrefutable evidence, there are a few things you need to know about DNA in a criminal case.

What is DNA evidence? Your chromosomes are what make you unique, and it is DNA at their foundation. There are different scientific approaches to identifying these distinguishing characteristics, and the most popular used by Florida law enforcement is Restriction Fragment Length Polymorphism Technique (RFLP).

How would DNA be involved in a criminal case? The premise behind DNA is that you are the only one with your specific genetic code, so any material you leave behind can connect you to a crime. Investigators review items like strands of hair, saliva, fingernails, skin molecules, and other materials at the scene, and can break them down into a DNA profile. If there is a match between these items and DNA procured through your blood, saliva, or other material, an expert can testify in court about the likelihood that you were somehow involved in the crime.

Can police get my DNA? You have an expectation of privacy in your person and effects, and courts have recognized that this right extends to DNA. However, if you are already under arrest or in prison, authorities can conduct testing to obtain your DNA profile. Law enforcement can also get your DNA subject to a warrant, signed by a judge and supported by probable cause.

What if I am innocent? DNA evidence can be your best friend if you are innocent of a crime, but have no alibi to support your position. Just as a person’s DNA profile can link them to the offense within a certain degree of certainty, it can also exclude an individual who is suspected of criminal activity.

If you have questions about DNA evidence and how it can be used against you, please contact attorney Kevin J. Kulik to schedule a consultation right away. There are still ways to contest DNA testing, such as by disputing the credentials of the forensic expert or demonstrating that samples were contaminated. You can also benefit from DNA evidence that could show your innocence, and a criminal defense attorney can help.