Burglary is Among the Top Crimes in Florida 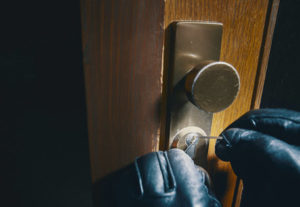 A recent report issued by the Florida Department of Law Enforcement shows that burglaries are up in most parts of the state. According to ABC Action News, advances in technology – such as door cameras – are helping police identify and arrest more of these criminals. Plus, various law enforcement agencies throughout Florida are banding together in task forces intended to reduce various types of crimes. Their strategy may be working: In Broward County, there have been 4,349 burglaries between January and June 2016, down from 5,071 during that same time period in 2015. As police are cracking down on burglary and theft crimes, a strong criminal defense is more important than ever.

Burglary is a Distinct Theft Crime: Generally, burglary is defined as entering a structure, dwelling, or conveyance unlawfully and with the intent to commit a crime inside. It can also mean remaining upon a premises after permission to stay has been withdrawn. There are three distinct burglary crimes, which are significant because the penalties are different depending on the offense.

Defenses to Burglary Charges: You can fight burglary charges by contesting any of the elements of the crime, including:

Keep in mind that, while you cannot be convicted of burglary under the two defenses above, you may face charges for any crime committed inside the structure or dwelling. You may still be arrested for theft, assault, battery, or any other offense which doesn’t rely upon unlawful entering as an element of the crime.

Talk to a Florida Criminal Lawyer About Your Options

If you’ve been arrested or burglary or other theft crimes in Florida, it’s critical to consult with a qualified attorney about your strategy to fight the charges. You may be able to reduce the counts or the penalties by presenting a strong defense, but you’re at a disadvantage if you don’t have a legal background. Fort Lauderdale lawyer Kevin J. Kulik has extensive experience representing clients in theft crimes cases and can tell you more about your options. Please contact our office today to schedule a confidential consultation or with questions about your case.