Can Police Forcefully Fingerprint Someone in a Florida Criminal Case? 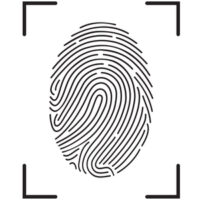 Fingerprints can be one of the most important pieces of evidence in a Florida criminal case. No two are alike, so their presence may eliminate any other suspect at the crime scene. Because they can make the difference between an acquittal and a conviction, police will go to great lengths to obtain them.

If you’ve been arrested and police forced you to provide fingerprints, you’re probably wondering whether this is legal. After all, they’re a part of your body that could be used as evidence against you – essentially making you testify against yourself in violation of your civil rights. The answer to the question is far more complicated than a simple Yes or No, and a Florida criminal defense attorney can explain why. Some basics regarding your rights in a fingerprinting situation may also be helpful.

Florida’s Landmark Case on Fingerprints: The Supreme Court of the United States (SCOTUS) decided the issue of fingerprinting in the groundbreaking 1985 case of Hayes v. Florida, which still stands as the rule of the land to this day. In their unanimous opinion, the Justices described the rule for fingerprinting suspects: Officers must have an arrest warrant signed by a judge OR probable cause to believe that a person committed a criminal offense before they can take him into the police station to be fingerprinted. A synopsis of the case explains some of the factors behind their holding:

Reach Out to a Florida Criminal Defense Lawyer Right Away

As you can see, there’s much more to the issue of fingerprinting and your civil rights in a Florida criminal case. When there’s a possibility that they could lead to a conviction, you need solid legal representation to ensure improperly obtained fingerprints are tossed out of court. For more information, please contact Fort Lauderdale criminal defense attorney Kevin J. Kulik to schedule a confidential consultation at our office.