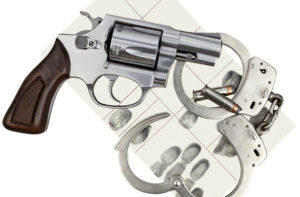 Orlando’s News Channel 6 recently got a rare, up close look at a cache of guns, firearm accessories, and other weapons confiscated by the Bureau of Alcohol, Tobacco, Firearms and Explosives (ATF). The munitions are stored at a warehouse in Central Florida, and were taken off the streets from people who had either stolen them or obtained them by otherwise illegal methods. The firearms were confiscated by the ATF due to various violations of federal and/or Florida laws regarding gun possession. If you’ve been arrested on weapons charges, you should know that, while state and federal laws bear many similarities, there are subtle differences.

There are a number of reasons the guns might have been confiscated by the ATF under federal law, including:

In general, state gun laws are similar to the federal rules. Florida regulates firearm and ammunition ownership, purchase, sale, transfer, taxation, manufacturing, possession and transportation. In addition, there is a state law against unlawful discharge of a weapon, which can lead to misdemeanor charges – or a felony if you fire the gun from a vehicle within 1,000 feet of another person. If you’re a convicted felon, there is an almost complete ban on gun possession.

Unlike the federal government, Florida does allow certain individuals to carry a firearm on their person or in a vehicle. However, you must have a permit to carry a concealed weapon, which requires a background check, fingerprinting, and other requirements. Still, even those with a permit for concealed carry are prohibited from possessing a gun in certain areas, including:

Note that in Florida, it is illegal to openly carry a firearm, unless you’re hunting, fishing, camping, or practice shooting at a range.

Consult with a Criminal Defense Attorney About Weapons Charges

Regardless of whether you’re charged under Florida or federal law for illegal gun possession, the penalties can be severe. Therefore, it’s important to discuss your case with a Florida criminal defense attorney who will represent you in court and protect your rights. Fort Lauderdale lawyer Kevin J. Kulik has experience representing clients facing both state and federal weapons charges, and will present all available defenses under the law. Please contact our office with questions or to schedule a confidential consultation.