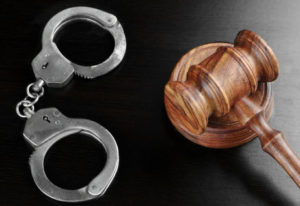 When you think of a typical drug deal, visions of seedy individuals exchanging money for heroin, cocaine, crystal meth, or other controlled substances may come to mind. However, a recent report from Tampa’s WFTS ABC Action News highlights another side of Florida drug crimes: trafficking in counterfeit pills. The Florida Department of Law Enforcement operates a crime lab in Tampa, where a team of scientists analyzes fake pills to provide support for prosecuting attorneys’ cases against offenders. The deadly drug fentanyl was the focus of the news article, but both federal and Florida law on drug crimes aggressively pursue trafficking of any type of counterfeit pills.

Fentanyl is a Deadly Problem: Counterfeit pills containing fentanyl were involved in more than 500 deaths in Florida in 2014, in many cases sold illegally as prescription drugs like Xanax or Norco. These fake drugs can kill with just one dose because the amount of the substance is much higher than when prescribed legally by a physician. Fentanyl does have a medical purpose for treating terminally ill cancer patients, but only when used in a sustained release form.

Florida Law on Counterfeit Drugs: Under state law, it’s illegal to sell fake prescription drugs of any kind, but the nature of the crime is different depending on the actual substance is controlled or not. Manufacturing a controlled substance in a watered down state or replacing it with another controlled substance, such as fentanyl, is the criminal offense of counterfeiting. You can also be charged with counterfeiting if you sell such a fake drug, even if you weren’t involved in its creation.

It’s also illegal to offer to sell a controlled substance – but then actually sell a substance that’s entirely legal. For example, selling a bag of baking powder, claiming that it is cocaine, is still a crime. However, this type of crime may be considered an attempt to engage in drug trafficking. Charges for fraud or misrepresentation may also apply.

Penalties for Counterfeit Drugs in Florida: The punishment for counterfeiting or selling a fake drug depend upon the controlled substance you are supposedly selling. Florida law separates drugs into different schedules based upon their potential for abuse and whether they have an accepted medical use. For drugs in Schedules I-IV, the crime is a third degree felony punishable by up to five years in prison and a maximum fine of $5,000. A Schedule V drug has the lowest potential for abuse, and is considered a second degree misdemeanor. You may be looking at 60 days in jail and a fine up to $500.

An Experienced Florida Criminal Defense Attorney Will Protect Your Rights

The penalties for dealing in counterfeit drugs are just as severe as trafficking in other controlled substances under federal and Florida law, so a conviction could lead to jail time and hefty fines. If you’re facing charges, you need a knowledgeable lawyer to represent your interests in court. Attorney Kevin J. Kulik has extensive experience defending clients in drug crimes cases in both federal and state court. Please contact our Fort Lauderdale office today for a confidential consultation.