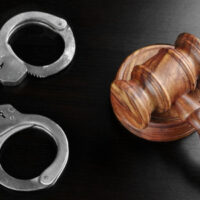 While many news outlets have been reporting decreases in Florida’s crime rate over the last few years, fewer are covering a story that reveals a more disturbing trend: The chipping away of criminal protections for individuals charged with crimes and those who were already convicted. A June 8, 2020 article in the Orlando Sentinel went into some detail on the development, calling it ‘alarming’ that Justices on the Florida Supreme Court were reversing previous opinions – some of which had been in place for years.

There are three key areas that could have a significant impact on your rights and the criminal process. While it’s wise to retain a Florida criminal defense attorney for the specifics regarding your situation, some general information is useful.

Critics of the finding pointed out that circumstantial evidence is key in drug cases. For example, a person might be arrested for possession if they were doing nothing more than standing by a table containing drugs. To use the evidence in court, prosecutors would have to prove that the drugs are actually under the control over the defendant instead of just lying nearby.

There are no easy answers or simple ways to reform these concerns, especially when politics and ideology will always be factors. As such, the best way you can protect your rights is to get an attorney involved with your case immediately after an arrest or when you become aware that you’re being investigated. To learn more, please contact the offices of Fort Lauderdale criminal attorney Kevin J. Kulik to set up a confidential consultation.