Defending Yourself Against Gun Charges in Florida 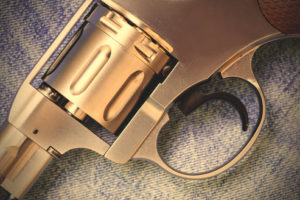 Florida gun laws can be confusing, even to law enforcement, as proven by a recent case involving a hunter and his antique rifle. The Jackson County Floridan reported on a matter that started with the hunter’s arrest in 2012 and ended with an overturned conviction by the Florida Supreme Court in September 2016. Though the man was a felon and unable to legally possess a gun in the state, a very narrow exception exists for antique firearms and replicas. The case is proof that a strong defense and comprehensive knowledge of Florida law on gun crimes are advantages when presenting your case in court.

The state has enacted legislation regulating various aspects of weapons, and Florida makes a distinction among the different types:

Charges that violate Florida law on obtaining, possession, carrying, and using firearms include:

Also, you should keep in mind that any crime you commit with the usage of a firearm elevates the offense to an “aggravated” status, which carries heavier penalties than the underlying crime.

The criminal consequences for gun crimes in Florida vary according to the crime. For carrying a concealed firearm without a proper license, you could be facing a third degree felony. Your potential sentence could include up to five years in jail and a $5,000 fine. Florida’s 10-20-Life Law applies if you are a convicted felon in possession of a firearm during the commission of another crime. Penalties include 10 to 20 years in jail for showing or firing a gun, and up to life in prison if a person is killed or injured as a result.

As with any criminal case, there are potential defenses that may result in lesser charges or complete dismissal of your case. As demonstrated by the hunter’s case, you may fall within an exception as to the type of firearm or the circumstances under which you were carrying it. A defense of a lapsed concealed carry weapon isn’t an excuse, but these facts can be used to reduce the charges against you. In addition, it’s possible to argue the definitions of “weapons” listed above.

If you have been charged with gun crimes under either federal or Florida law, you need a knowledgeable attorney representing your interests. You could be facing severe criminal penalties without a lawyer to argue your defenses and fight for your rights. An experienced attorney will help you navigate the complex criminal court process to achieve the best possible result. Please contact Fort Lauderdale lawyer Kevin J. Kulik today for a confidential consultation.