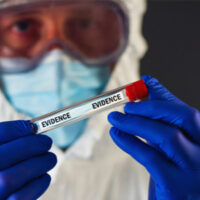 TV crime shows often feature real life stories about cold cases solved years later after DNA evidence matches the killer to a victim, and a recent one just hit the headlines in South Florida. West Palm Beach CBS affiliate News Channel 12 reported on the arrest of a Florida man suspected in the rape and murder of a 14-year-old girl back in 1984, based upon DNA testing. After 35 years, multiple law enforcement agencies were able to trace the suspect to the crime, providing sufficient evidence to formulate probable cause for the arrest.

The story is reported as a victory for law enforcement, who were finally able to identify a suspect in the crime. However, it raises questions about how DNA can be used, when it is admissible in court decades later, and whether an arrest will lead to a conviction. A Florida criminal defense attorney can explain the details, but you might find it helpful to review some background information.

How DNA is Used as Evidence: A person’s genetic code is contained within his or her DNA, so it is used by law enforcement to develop a profile of the individual who may be linked to a crime. DNA can connect you to a location, object, vehicle, or person when you leave behind traces. The most accurate DNA profiles can be developed through hair, skin, saliva, blood, other bodily fluids, and almost any biological material.

DNA in Cold Cases: Murder and some sex crimes do not have a statute of limitations, allowing authorities to bring charges against you many years after they allege the offense was committed. With advancements in DNA technology, this means that officials who did not have sufficient evidence decades ago DO have it now. They may use this information as probable cause to make an arrest, and DNA can be introduced in court as an exhibit when the prosecution works to prove guilt beyond a reasonable doubt.

Defense Strategies to Fight DNA Evidence: Many times, defense attorneys can raise doubt by attacking misconduct, acts, and omissions by investigators at the scene of a crime. When the DNA sample is not properly preserved and questions arise about chain of custody, jurors may find the evidence insufficient to convict.

DNA Can Exonerate Suspects: Besides linking you to a crime, DNA evidence can be used to exculpate you by showing that you could not be the person from which the profile was developed. Plus, experts state that only one-tenth of one percent of DNA will vary among different individuals, and that forensic analysis of biological samples is around 95 percent accurate. However, these figures may be enough to raise the reasonable doubt for an acquittal.

DNA may serve as probable cause for an arrest, but it does not always prove guilt beyond a reasonable doubt and there are strategies to expose weaknesses in the evidence. If you were charged on the basis of DNA evidence please contact Fort Lauderdale criminal attorney Kevin J. Kulik to set up a consultation at our office. We can review your case and determine the best way to address the charges.