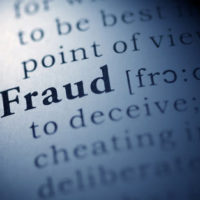 A Southwest Florida charity is out more than $60,000 after one of the non-profit’s trustees used his position to steal the money through an alleged scheme to defraud. The Lehigh Acres Citizen reports that Fraternal Order of Eagles No. 3938 discovered the scam when they asked the financial head about missing funds that had been allocated for an entertainment event hosted by the organization. Order representatives became alarmed when the accused stated that he used the money, an amount exceeding $28,000, to pay bills. They conducted an audit covering August through November 2016 to discover that receipts, money orders, and bank statements were not properly accounted for in the club’s books. The accused has not been seen or heard from since the allegations came to light, but he will face a specific type of fraud charges in Florida if police are able to apprehend him.

What is a “Scheme to Defraud” Under Florida Law?

In general, fraud is defined as illegally obtaining something of value from someone else through the use of deception. However, a “scheme” to defraud requires a prosecutor to prove distinct elements:

There are two types of schemes to defraud under Florida law:

The sentence for an organized fraud conviction depends upon the entire value of the property or funds taken through the scheme to defraud.

Florida law punishes various types of fraud, including organized fraud, very harshly. When you’re facing incarceration, fines, probation, and other penalties, you’ll need a skilled criminal defense lawyer to represent your interest in court. An attorney can also assist in potential plea negotiations with a prosecutor. Kevin J. Kulik has the experience and knowledge to effectively advocate on your behalf, and present arguments to contest the allegations. Please contact our Fort Lauderdale office today to discuss your situation, and to hear about your options for fighting fraud or other types of criminal charges.