Florida Crime: The Latest Weird News Around The Sunshine State 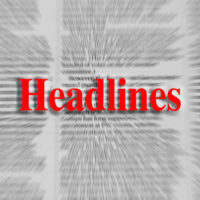 The Crime News section of Fort Lauderdale’s Sun-Sentinel is always full of bizarre stories on criminal activity in Florida, and the week of July 16, 2018 was no different. The Sunshine State is renowned for being home to weird, unusual, and strange incidents. Still, regardless of the unique approach offenders may take to engaging in alleged criminal acts, every single one of them is entitled to their day in court. A Florida criminal defense attorney can help defend your interest and protect your legal rights, no matter what type of charges you are facing. Here are a few of the weirdest recent criminal stories across the state, along with potential defenses.

Police detained a man on suspicion of drunk driving after he was repeatedly bumping the car in front of him in the drive-thru of a fast food restaurant. When officers questioned him about the open bottle of whiskey in the passenger’s seat, the man responded that he had been drinking but his conduct was not criminal. He stated that he was only drinking while stopped at traffic signals, not while the vehicle was underway.

Potential Defense: The defendant’s self-incriminating statements, made while under arrest, are not admissible because they were obtained in violation of his 5th Amendment rights.

An armless man, famous for painting pictures with his feet, used these digits to stab a tourist with a pair of scissors. The evidence, including witness testimony, indicates that there was some sort of physical altercation between the artist and the tourist when the stabbing took place.

Potential Defense: Self-defense, if the defendant was in fear that death or serious bodily harm was imminent.

A woman suspected of drunk driving was arrested when she failed a field sobriety test as requested by police. She was also found to have a blood alcohol concentration (BAC) in excess of the legal limit in Florida, which is .08 percent. Police charged her with DUI based upon the results of her field sobriety tests, and the readings they obtained when she blew into a portable breathalyzer device.

Potential Defense: When a DUI arrest is based upon the accused’s BAC, the results of a portable device are not admissible at trial. These units, which officers commonly use for roadside stops, are notoriously inaccurate and cannot be used for evidentiary purposes. Likewise, the results of a field sobriety test are not admissible as evidence because they are highly subjective in nature.

However, both field sobriety tests and unofficial BAC results can support a finding of probable cause, at which point officers can make an arrest for DUI. Law enforcement can then take you to the station or other controlled environment for an official chemical test. These results can be used to convict you for drunk driving.

Schedule a Consultation with an Experienced Florida Criminal Defense Lawyer

No matter what the crime, there is always a way to develop a legal strategy to defend your interests. Though you may not beat the charges entirely, you are in a better position to obtain a favorable result by hiring a criminal defense lawyer. If you are facing charges and want to hear more about your rights, please contact Fort Lauderdale, FL attorney Kevin J. Kulik to schedule a consultation.