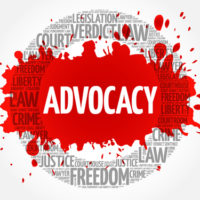 It did not take long for the jury to come back with a verdict in the case of a 61-year-old Jacksonville, FL man accused of abducting and killing a young girl in 2013. NBC affiliate WTHR News Channel 13 reported on the courtroom proceedings in a February 15, 2018 article, mentioning that the jury heard their instructions, left to deliberate, and returned around 15 minutes later. Members unanimously found the defendant guilty on all charges, including First Degree Murder, which carries a potential life sentence. Under Florida law, there are two phases in proceedings involving such capital offenses as Premeditated and Felony Murder. An experienced homicide defense lawyer can tell you more about the process.

The first part of the process in a capital crime case is like any other Florida criminal trial, where the prosecuting attorney must prove beyond a reasonable doubt that the defendant committed the crime. Only First Degree and Felony Murder offenses qualify for the death penalty, and there are only two possible sentences if convicted:

This segment of a capital offense is a separate hearing held to have the jury determine whether or not the defendant’s sentence should be the death penalty or life in prison without the possibility of parole. At this proceeding, the judge and jury are required to consider both aggravating and mitigating factors when making a determination on the sentence.

The jury returns a verdict on the sentencing question alone, as guilt was already established through the first phase of a capital crime case. Note that the jury’s determination on the death penalty versus life imprisonment is advisory in nature. Once they make a finding, the judge is still the ultimate decisionmaker and can override the finding of the jury members. Still, it is rare that the judge will supersede the jury.

There are a few procedural rules that are noteworthy in the context of the two phases of a murder trial.

You can see that it is crucial to retain an experienced criminal defense lawyer at both phases of a Florida murder case, so please contact attorney Kevin J. Kulik to discuss your circumstances right away. We can schedule a free, no obligations consultation to review the facts and come up with a strong defense strategy to fight for your rights.