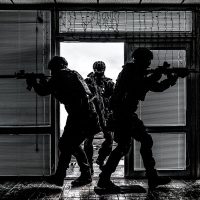 For anyone that has ever been falsely accused of criminal activity, it should come as welcome news that the Florida House of Representatives recently passed a measure that would stiffen sanctions for misconduct. HB 371 was enacted in the wake of two disturbing cases:

Existing Florida law imposes penalties for fabricating crimes, but these recent stories have prompted lawmakers to create harsher penalties through HB 371. It is important to understand how the law could result in an arrest, as well as how it could impact your case if you were the subject of false allegations. A Fort Lauderdale criminal defense attorney can explain in more detail, and some general information may be useful.

“Swatting” is the term used by the criminal justice community to refer to making false reports in connection with a crime. The term comes from the fact that these scenarios often involve Special Weapons & Tactics (SWAT) teams being sent to an intended target’s residence or workplace.

Under the existing law, it is a First Degree Misdemeanor to make a false report of a crime based upon information the person knows is untrue. A conviction could lead to a one year jail sentence, a fine up to $1,000, or both. The changes proposed through HB 371 reclassify swatting as follows:

How False Reports May Impact Your Case

Aside from the charges someone would face for violating the statute, there may be implications on the other side of a criminal case. One area of criminal law where false allegations are rampant is domestic violence, especially when one party seeks to maximize the bogus charges to gain an edge in a divorce or child custody case. An accuser is required to swear under oath that the statements about domestic violence are true, so evidence to the contrary could result in:

Count on a Florida Criminal Defense Lawyer for Legal Details

For more information on false reports of crimes, please contact attorney Kevin J. Kulik in Fort Lauderdale, FL. We can schedule a consultation to review your circumstances and determine options for defending criminal charges.