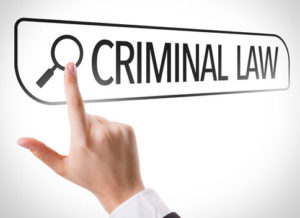 Many organizations have argued for reform of Florida’s 10-20-Life mandatory minimum law, which severely punishes offenders convicted of certain crimes. Florida Watchdog is one group that recently reported on the law, arguing that the one-size-fits all approach to sentencing criminals is unfair and extreme in cases that don’t warrant such treatment. However, unless and until the law is repealed, judges will be forced to hand down sentences up to life in prison for drug laws violations, sex crimes, and gun offenses. If facing charges, you should become familiar with the law and consult with a Florida criminal defense attorney about your options.

Sex Crimes: There is only one specific offense that will trigger the mandatory minimum sentencing law in the sex crimes category. An adult convicted of lewd and lascivious molestation faces a prison term of at least 25 years, plus sex offender probation, registration and reporting requirements once out of jail. However, the sentence can be up to life in prison under certain circumstances. An adult over the age of 18 who molests a minor under the age of 12 is guilty of lewd and lascivious molestation.

Gun Crimes: The 10-20-Life law applies somewhat differently when it comes to gun crimes, because it punishes the underlying offense more severely when a firearm is involved with the commission of the crime. For example, using a gun during a robbery will trigger the mandatory minimum sentencing rule. Likewise, the judge may be forced to sentence under the 10-20-Life law when a convicted felon is found in possession of a gun.

Even as several watchdog groups proclaim the unfairness of Florida’s 10-20-Life law, it remains in effect as a punishing rule when criminal defendants are convicted of certain crimes. Judges are bound by the mandatory minimum sentencing law, so it’s important to present a strong defense if you’re facing charges under drug, sex, or gun crimes. Attorney Kevin J. Kulik has extensive experience in defending clients in criminal cases and will fight for your rights. Please contact our Fort Lauderdale office today to discuss the details of your case.