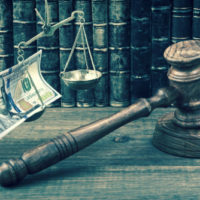 A former Jacksonville Sheriff’s Office employee is facing solicitation charges after approaching an undercover officer and requesting to engage in sex acts, according to a February 16, 2018 report posted by Action News Jacksonville. The accused man was booked into the Duval County Jail after the incident, which occurred outside a convenience store around 7:30 p.m. Prostitution is a Florida offense that could lead to charges for both the person requesting and the individual offering sex acts in exchange for money. The penalties become more serious with subsequent convictions, so you should discuss your circumstances with an experienced attorney if you are facing similar Florida prostitution charges.

Solicitation charges apply to the person who is requesting sex acts in exchange for money or other items having value. Conduct qualifying as solicitation includes enticing, inducing, or procuring another person to engage in prostitution, as well as actually hiring a person for purposes of prostitution.

Prostitution is the other side of the transaction, where a person offers to engage in sex acts for money. There are multiple types of conduct included under Florida’s prostitution laws:

Based upon these definitions, it is possible for a person to be charged with a prostitution crime without actually engaging in a sex act. These laws are intended to cover situations commonly known as “pimping” or acting as a “madame.”

The criminal punishment for prostitution crimes depends on whether the accused is offering sex acts or a customer.

If you are facing charges on either side of a prostitution case, please contact attorney Kevin J. Kulik in Fort Lauderdale. We can schedule a confidential consultation to discuss your options.