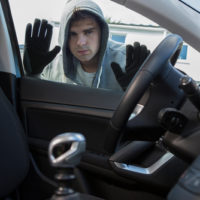 On March 14, 2018, detectives from the Lee County Sheriff’s Office made an arrest after two days of investigation into a Fort Myers, FL carjacking incident. NBC News Channel 2 reports that the man approached two people sitting in a car at a local convenience store, pointed a gun, and demanded the vehicle. The pair complied and the suspect drove away, allegedly using the car in the commission of an armed robbery at another convenience store about an hour later. Police attempted to apprehend him at the scene, but he fled in the stolen vehicle, leading law enforcement officers on a chase down I-75. In addition to reckless driving and fleeing and eluding police, the suspect will also face carjacking charges, one of the more serious types of theft crimes in Florida.

You could be charged with carjacking if you take a motor vehicle, which is the target of larceny, from someone else. The crime includes an intent element, so a prosecutor must prove that you intended to either permanently or temporarily deprive the person of the vehicle. In addition, it is necessary for the state to show that you used force, threats, or violence in the course of the taking.

There are a couple of clauses within the statute on carjacking that deserve clarification:

Under the statutory language, carjacking is a First Degree Felony. However, the criminal sanctions differ:

Talk to a Florida Criminal Defense Lawyer About Carjacking Crimes

If you are facing carjacking or other Florida theft crimes, please contact the Fort Lauderdale office of Attorney Kevin J. Kulik. We can schedule a confidential consultation to review the charges and get to work on a sold criminal defense strategy.