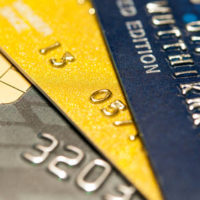 The Miami-Dade Police Department apprehended four suspects in a credit card fraud scheme tracing back to businesses in Virginia, according to officials’ reports. The two men and two women, with ages ranging from 21 to 32 years old, were confronted as they returned to the US from Cuba; all are legal immigrants that reside in Hialeah, Florida. Authorities issued a statement indicating that the group was engaged in a credit card skimming scheme that landed them $18,000 in fraudulent charges, though an investigation may lead to additional amounts. Miami-Dade Police obtained a total of 56 warrants to serve upon the suspects, who are being extradited to Virginia to face charges where the crimes occurred. Unless the accused individuals consent to extradition or obtain an extradition bond, they will be required to attend a hearing on the matter. Still, there are defenses to extradition in Florida.

If you have been arrested on an extradition warrant, there are defenses you may present at your hearing. Where the warrant documents are insufficient, you may be released or the judge may allow the demanding state additional time to correct their paperwork.

However, there is also the defense of Dual Criminality, which states that a fugitive can only be extradited to a demanding state if the alleged offense is also a crime in the asylum state. If the conduct alleged by the demanding state is not a criminal offense in Florida, there is no basis for extradition.

When you’re apprehended by law enforcement outside the jurisdiction where you committed a crime, you have options for contesting extradition. However, the defenses available to you at an extradition involve very complex procedural rules that require an extensive legal background. Only a qualified lawyer has the experience necessary to fight extradition and protect your rights. Attorney Kevin J. Kulik has assisted many clients in the Broward County region in extradition hearings, raising all available defenses under the law. Please contact our Fort Lauderdale office today for a confidential consultation.