Hollywood, Florida Lawyer Gets One Year in Money Laundering Scheme 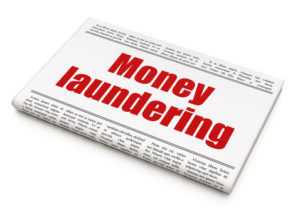 A money laundering scheme recently landed a Hollywood, Florida attorney in prison after he pleaded guilty to the charges against him back in August 2016. According to The Sun-Sentinel, a US District Court judge sentenced him to one year plus one day in federal prison, plus a fine of $,7500 and order to pay $8,500 in restitution costs. The lawyer’s guilty plea was likely a result of the overwhelming evidence against him, as the facts show he met 75 times with four different FBI investigators over the last three years. While the details of the case will remain confidential, the man admitted to helping criminals hide the source of funds linked to illegal gambling and other activities. Federal crimes like money laundering are subject to penalties even more severe than Florida’s, so you’ll need a knowledgeable lawyer on your side to defend your interests if charged.

Definition of Money Laundering: Considered a federal white collar crime, money laundering is making financial transactions in order to hide the nature or original source of illegal funds. A prosecuting attorney must prove:

Potential Defenses: Money laundering requires specific intent in the mind of the offender, which means there are certain defenses available to fight the charges:

Penalties for Money Laundering: As a federal crime, the punishment for a money laundering conviction is more severe than you might expect compared to state crimes. You could be looking at fines of $500,000 or double the amount of money that was laundered, whichever is greater. If your offense was also tied to other crimes, you may be sentenced to prison as well.

Discuss Your Options with an Experienced Florida Criminal Lawyer

Money laundering is a serious matter, but a qualified criminal attorney can help you obtain a favorable outcome by presenting all available defenses in your case. Fort Lauderdale lawyer Kevin J. Kulik has extensive experience in defending the interests of clients in federal crimes cases, so please contact our office if you’re facing charges.