How Do Affirmative Defenses Work in a Florida Criminal Case? 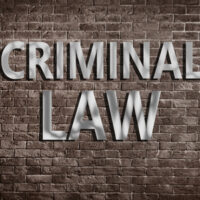 You are probably familiar with the phrases “proof beyond a reasonable doubt” and “innocent until proven guilty,” both of which refer to the burden of proof in a criminal case. The terminology derives from the due process clause in the Declaration of Rights in the Florida Constitution, modeled after the Fifth Amendment to the US Constitution. It a basic civil right that prosecutors must present sufficient evidence to meet this burden, and a defendant must be acquitted if they fail. However, there is another defense strategy available even if the prosecution does prove every element of a criminal case according to this standard:  Affirmative defenses.

With the right evidence and arguments, it is possible to obtain a favorable outcome. Because of the complicated constitutional and criminal law theories, it is wise to retain a Florida criminal defense attorney for legal help. An overview of affirmative defenses can help you understand the basics.

How Defenses Work in a Florida Criminal Case: At the outset, the initial strategy for defending criminal charges is to poke holes and expose weaknesses in the prosecutor’s “case-in-chief” – i.e., the elements the prosecution must prove to obtain a conviction. If you can successfully raise a reasonable doubt in the minds of jurors, you do not need additional defenses: You must be acquitted.

Affirmative defenses take a different approach. Instead of attacking the government’s case-in-chief, you are essentially admitting the facts, but stating that there are other grounds that prevent you from being convicted. As an illustration, you are saying: “Yes, this evidence is true, BUT there are legal grounds that exonerate me.” The exhibits and testimony presented by your criminal defense lawyer serve to defeat the charges. The term “affirmative” refers to the fact that YOU must prove them.

One of the most well-known affirmative defenses is self-defense, made famous in Florida during the case against George Zimmerman who was accused of killing Trayvon Martin. Other terms for self-defense include “stand your ground” and the “Castle doctrine.”

A Florida Criminal Defense Lawyer Will Fight for Your Rights

For more information on affirmative defenses and other strategies to fight criminal charges in Florida, please contact Fort Lauderdale criminal attorney Kevin J. Kulik i. We can set up a confidential consultation to review your circumstances and determine the best approach to defending your interests.