How Getting Bail Affects the Outcome of a Florida Criminal Case 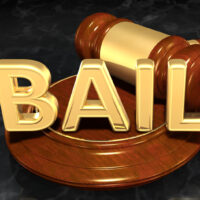 Criminal justice reform in Florida typically focuses on reducing the impact of mandatory minimum sentencing and over-incarceration, with little attention to another major topic: Unfairness in the bail process and practices for suspects. In recent years, it’s become common for individuals to be held in jail pending their trial because they can’t afford or were denied bail. According to nonprofit Vera Institute of Justice’s publication on the State of Bail in the US, hundreds of thousands of people are behind bars – though they’ve not been convicted of a crime. Worse, there’s evidence that suggests a link between being in custody and the outcome at the eventual trial.

If you’ve been arrested or have reason to believe you might be, make it a priority to contact a Florida criminal defense attorney immediately. Some interesting information on the subject of bail may also be informative.

The Purpose of Bail: Under the US system of criminal justice, bail has traditionally been designed to accomplish two objectives:

A judge may require an excessively high bail amount or deny it altogether for individuals who are considered a flight threat or public safety issue. Many people arrested for crimes may not be able to afford bail, so they’ll spend days – possibly weeks – incarcerated. Not only do they lose their personal freedoms, but there can be consequences for employment, housing, and relationships.

Links Between Being Held and Convictions: Another effect of being imprisoned until trial is that the length of pretrial detention may impact the outcome of the case. There’s an increased likelihood of being convicted and a more serious sentence for people who are held in custody until the trial date. Researchers at the Vera Institute of Justice assert that there are a few reasons for this correlation:

A Florida Criminal Defense Lawyer Can Assist with Bail Issues

After reviewing this information, you can see that getting a fair, reasonable bail arrangement is a critical factor for your case. As such, retaining skilled legal representation is the first step to take right away after an arrest. For more details and assistance with bail-related issues, please contact Fort Lauderdale criminal attorney Kevin J. Kulik. We can schedule a consultation to review your circumstances at our offices in Fort Lauderdale.