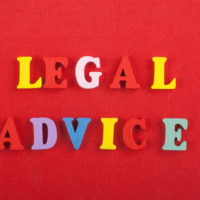 Human trafficking is a crime that occurs in every state, but Florida is near the top of the list among all US states for calls on this type of offense. According to the National Human Trafficking Hotline (NHTH), Florida ranks third for the number of calls based upon location; at the city level, Orlando came in third for locale with the most calls into the hotline. Officials believe that amusement parks and similar attractions are top venues for sex trafficking for that specific location, but other draws include escort services, illegal massage parlors, hotels, and others.

Lawmakers viewed human trafficking as a form of modern day slavery when passing the state law prohibiting this offense, which often – but not always – involves sex crimes in Florida. Because law enforcement and prosecutors are cracking down on human and sex trafficking, it is critical to understand the severity of these cases if you are charged.

Statistics on Human Trafficking in Florida

The NHTH has compiled considerable data regarding the frequency of human trafficking calls in Florida. Thought the agency recognizes that many incidents go unreported, making the statistics questionable in terms of accuracy, the numbers are shocking:

The criminal code section describes human trafficking as the offense committed when a person:

In addition, anyone who benefits financially from participation in a human trafficking venture may be charged with this crime, regardless of whether the benefit is through money or some other item of value.

Under Florida law, human trafficking is a Second Degree Felony. A conviction could mean:

Note that, depending on the circumstances behind the human trafficking offense, a conviction may trigger Florida’s sexual offender and sexual predator registration laws. Not only will you be forced to report to authorities on an annual basis, but there are restrictions on where you can live and your employment opportunities.

Get Legal Help from a Florida Criminal Defense Lawyer

Florida’s human trafficking law incorporates several sections describing the legislative intent behind passing the statute. The language reveals that lawmakers find this crime to be extremely horrific and that offenders should be punished accordingly. You can be sure that prosecutors and police officers will do everything in their power to obtain a conviction, so it is essential to retain an experienced Florida criminal defense attorney to represent you in court. Please contact the Fort Lauderdale office of Kevin J. Kulik right away to set up a free consultation regarding your case.