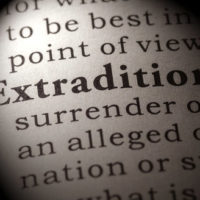 A small community in South Carolina is rejoicing after a man was arrested in Miami in connection with a decades-old murder case. In 1996, the accused stabbed his ex-wife 18 times in the chest during a domestic dispute. He then fled to Florida and managed to evade police for 20 years, until he was arrested January 1, 2017 on an unrelated charge. Officials credit advances in technology for connecting the man to the out-of-state crime when he was arrested in Miami years later. Police officials in South Carolina are waiting for the perpetrator to be returned to their home jurisdiction, so they can charge him with murder in the 1996 case. The process is called extradition, and it involves an extradition warrant to legally transfer an accused offender to the custody of a different jurisdiction.

The extradition process can take anywhere from a few days up to one month or more, and the fugitive is incarcerated during this time.

How does the extradition bond process work in Florida?

If you’re arrested in Florida for a crime in another state, you have three options in the extradition process.

Discuss Your Legal Rights with a Florida Criminal Warrants Lawyer

Extradition warrants are extremely complicated proceedings that involve complex criminal procedure rules, as well as legal issues involving jurisdiction and due process. It’s critical to retain experienced legal counsel to help you navigate the process and fight for your legal rights. If you’re facing extradition out of Florida for a crime in another state, please contact the Fort Lauderdale office of attorney Kevin J. Kulik. We can schedule a confidential consultation to discuss the details of your case and review different options for defending an extradition warrant.