Most Florida Crime Down In 2017; Rapes On The Rise 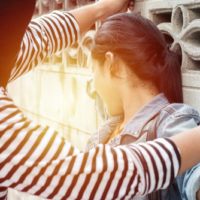 A recent report on crime in Florida is encouraging, revealing 2017 to be the lowest rate since officials began maintaining such records 47 years ago. According to a May 22, 2018 article published by Southwest Florida’s NBC News Channel 2, the total crime dropped by 4.5 percent and the numbers from nearly every classification of serious offense decreased. The key exception is reported rapes, which increased by 4.6 percent as compared to 2016. It is possible that more of these offenses are being reported more often, rather than happening more often, but you can be sure that law enforcement throughout the state will be cracking down on these crimes. If you are facing charges for rape, you should be aware of the various types of sexual battery and assault crimes in Florida.

A person commits this crime by engaging in non-consensual sexual contact with a victim, through use of genitalia or an object. However, there are various circumstances that enhance the charges, such as:

There is an aggravated form of the crime when certain circumstances are present at the time of committing sexual battery, including:

Jail time, fines, and other penalties for a sexual battery conviction vary according to the ages of the victim and offender, and the presence of aggravating factors. Still, all individuals who are convicted must comply with sexual offender and sexual predator laws in Florida, and with similar laws in other states for the rest of their lives.

While the criminal penalties for a sex crimes conviction are tough, the sex offender registration and ongoing requirements are even more severe. Your chances of obtaining a favorable outcome greatly improve when you retain an experienced, dedicated criminal defense attorney to fight for your rights. To schedule a free consultation regarding your case, please contact Attorney Kevin J. Kulik in Fort Lauderdale, FL.