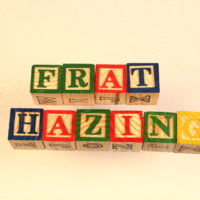 Nine members of a Florida State University fraternity will face charges of hazing due to their involvement in the November 2017 death of a fellow student and fraternity pledge. According to a January 17, 2018 article in The Sun-Sentinel, the 20-year-old male victim died the day after he consumed a lethal amount of alcohol at a party. The hazing charges stem from allegations that the nine defendants failed to monitor the amount of alcohol party-goers were drinking, and did not prevent underage guests from consuming adult beverages. After a grand jury heard testimony about the incident, the charges were announced by officials.

Hazing is a unique type of crime for a number of reasons, making it a challenge to contest the charges unless you have a skilled Florida criminal defense attorney to represent your interests. A general overview should be helpful in understanding the nature of this offense.

Florida’s statute regarding hazing falls within the title on K-20 education instead of the criminal code. The law defines hazing as taking action or presenting a situation that poses a hazard to the health or safety of a student, when committed for purposes of:

There is a wide range of acts that may constitute hazing, but some examples include:

Penalties for a Conviction on Hazing in Florida

There are two degrees of offenses under the hazing statute.

Consent is Not a Defense

In most hazing situations, a victim may willingly oblige the behavior to gain acceptance or be admitted to a school-related organization. However, the statute specifically states that it is not a defense to claim that:

Discuss Your Defense Options with a Skilled Criminal Lawyer

If you are facing hazing or other criminal charges, please contact Fort Lauderdale criminal defense attorney Kevin J. Kulik to schedule a consultation. We can answer your questions and develop a strategy to fight for your rights.