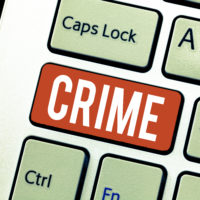 A four-year investigation gave law enforcement officials plenty of time to gather evidence against a former city official and a local businessman in Palm Bay on Florida’s Space Coast. According to a May 10, 2019 story published by Orlando’s NBC affiliate, WESH News Channel 2, the pair are accused of placing cameras in the residence of another city councilman. The goal was to capture the individual having sex with prostitutes and engaging in drug-related crimes, so they could force him to take their side with respect to voting decisions. The two were arrested on multiple charges, including attempted extortion and conspiracy.

These offenses are considered white collar crimes under Florida law. The term is somewhat misleading, since it implies that the individuals are high-up executives or businesspeople. The truth is that anyone can be arrested for such offenses, and retaining an experienced Florida white crimes defense attorney is absolutely critical.

Synopsis of Extortion Charges: Under Florida’s criminal statutes, a person commits the crime of extortion by maliciously threatening to:

In addition to proving one of the elements above, a prosecutor must also establish intent. The specific intent in an extortion case is:

Penalties and Defenses to Extortion: The offense is a Second Degree Felony in Florida, punishable by up to 15 years in prison, 15 years’ probation, and a maximum fine of $10,000. However, there are defenses to the crime, including:

Plus, there are also defenses based upon your civil rights, such as where your right to be free from unlawful search or seizure was violated in connection with your extortion arrest. In such a situation, any evidence obtained in contravention of your rights is inadmissible in court. If this information is tossed by the judge, a prosecutor may not have enough evidence to prove that you’re guilty beyond a reasonable doubt. The extortion charges against you may be dismissed, or you could get an acquittal at trial.

Set Up a Consultation with a Florida White Crimes Defense Lawyer

If you were arrested for bribery, extortion, or any other offenses typically associated with white collar crimes, please contact Fort Lauderdale white collar crime attorney Kevin J. Kulik to schedule a confidential consultation at our office. We can provide more information on the charges and develop a defense strategy after reviewing the details of your case.