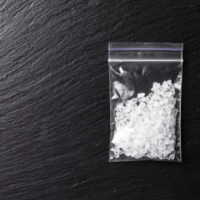 The Miami U.S. Attorney’s Office issued a statement on December 3, 2017 regarding the sentence issued in the case of two Hialeah, FL men arrested for drug trafficking in Opioid pills. Newstalk Florida reported that the defendants were the subject of months-long investigation by the federal Drug Enforcement Administration and the Miami-Dade Police Department in 2012. After pleading guilty to drug trafficking charges, one man will be incarcerated for four years and the other will go to prison for three years. Had they not arranged a plea bargain with prosecutors, there may have been longer jail sentences, stiffer fines, and other penalties for the pair. The story demonstrates how pleading guilty may have certain advantages, especially where if you are facing federal drug trafficking crimes in Florida.

Generally, a plea bargain involves an arrangement where prosecuting attorneys agree to pursue reduced charges against a criminal defendant; in turn, the defendant agrees to plead enter a guilty plea in the case. Plea bargaining is common in Florida and throughout the US because it helps manage the heavy case loads of criminal cases. A plea bargain involves less time, effort, and resources as compared to going to full trial on the charges.

Benefits of Pleading Down

There are many reasons why you may want to consider entering into a plea bargain if you are a defendant in a criminal case, including:

When to Opt Out of a Plea Bargain

There are certain drawbacks of entering into a plea arrangement, which depend upon the unique circumstances of your case. For instance:

Please contact the Fort Lauderdale, FL office of Kevin J. Kulik to discuss whether plea bargaining would be appropriate in your case.