Reckless Driving, Other Charges For Participants In Miami, FL “Rideout” 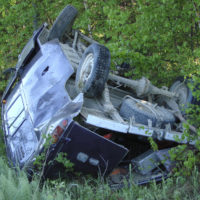 Dozens were arrested on various charges during the unlawful “Bikes Up, Guns Down” ride, which took place on January 15, 2018 to honor the birthday of Dr. Martin Luther King Jr. ABC Local Channel 10 News reported that riders were spotted engaging in a wide range of reckless driving acts, including popping wheelies, driving the wrong way down streets, tailgating, and disregarding traffic signals. There was even one serious crash resulting from the conduct. The Florida Highway Patrol attempted to stop riders from entering major highways, while the local sheriff’s departments in Miami-Dade and Broward Counties did their best to keep the situation at bay. Law enforcement made dozens of arrests, particularly on reckless driving charges. While many traffic violations under Florida law do not include criminal penalties, the most serious ones could include incarceration, probation, and fines.

A person may be charged with reckless driving under Florida law where he or she:

The above are the only two elements required for a prosecuting attorney to prove reckless driving, so it is not necessary for the perpetrator to actually cause harm to a person or damage property. However, the key to a conviction on reckless driving charges is the willful or wanton intent required.

By definition, mere negligence or carelessness in driving a vehicle can rise to the level of recklessness. However, note that Florida law provides that attempting to flee or elude a police officer in a vehicle is reckless driving per se, or “by itself.” Further proof is not necessary for a prosecutor to obtain a conviction.

The criminal sanctions for a reckless driving conviction depend on the nature of the circumstances and history of prior offenses.

Reckless driving charges are very fact-specific, so a strong defense is essential to avoid the harsh criminal penalties. For more information or to schedule a consultation, please contact the Fort Lauderdale offices of attorney Kevin J. Kulik.