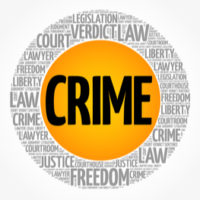 The February 14, 2018 shooting at Stoneman Douglas High School in Parkland, FL was an unimaginable tragedy, which prompted officials throughout the US to consider and implement stricter gun control. The incident also raised important questions about security measures at school, where bullying, beatings, and other violence are also far too prevalent. Many institutions, from administration to teachers and other staff, have responded by taking a hard stance against criminal activity on school campuses. Student searches are an effective strategy for curbing criminal activity, but they also lead to questions about the constitutionality of these investigations.

If you or your child was searched in violation of your civil rights, you should discuss any resulting charges with a Florida criminal defense attorney. An overview of the constitutional issues involved with school searches is also helpful.

Constitutionality Standard Set by New Jersey v. TLO: The leading case regarding school searches came before the Supreme Court of the US (SCOTUS) due to a New Jersey high school student’s arrest. A teacher caught two female students on suspicion of smoking in a restroom, and one admitted to doing so. The other, TLO, was taken to the principal office, where she again denied smoking and was subjected to a search. In her purse, the principal found marijuana and evidence that she was selling it at school. At her trial on drug charges, TLO argued that her Fourth Amendment rights against unlawful search and seizure were violated by the principal’s conduct.

The criminal court rejected this argument and convicted TLO for drug crimes. The case made its way through the appellate process in New Jersey and eventually came before SCOTUS in 1985. By a 6-3 margin, the Justices ruled against TLO and upheld the conviction. The basis for the decision was the Fourth Amendment’s “reasonableness” standard: Unless the individual has a reasonable expectation of privacy under the circumstances of the search, there is no constitutional violation. Specifically, SCOTUS found that students have a reduced expectation of privacy while on school grounds.

Comparing Reasonable Expectation of Privacy and Reasonable Suspicion: The Justices recognized that the search was conducted by a public official – the principal – under circumstances that would usually trigger Fourth Amendment rights against unreasonable search and seizure. However, the school environment is unique as compared to other public places. Officials don’t need probable cause or a warrant to search students.

Instead, school officials must comply with the “reasonable suspicion” standard. If two factors are met, there is no violation of student constitutional rights:

Get Legal Assistance with from an Experienced Criminal Defense Attorney

If you have concerns about a school search in the context of the reasonableness standard, you may have a strong defense to any criminal charges stemming from it. Fort Lauderdale criminal defense attorney Kevin J. Kulik can answer your questions and explain your rights, so please contact our office to schedule a consultation today.