Sexual Harassment May Be Added To List Of Florida Sex Crimes 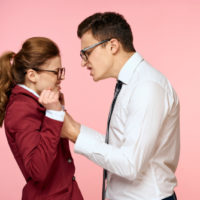 The #MeToo movement that has swept the nation has also had a major impact in Florida, which recently became one of the first states in the US to propose rewriting state sex crimes laws to include sexual harassment as a criminal offense. According to a February 1, 2018 article in The Tampa Bay Times, a bill unanimously passed in a Florida Senate committee and a companion measure was introduced in the House. If the bill is enacted by both houses and becomes law, sexual harassment in government offices will officially be a crime. Prohibited conduct includes making unwanted advances by lawmakers, political candidates, employees of government agencies, and lobbyists. In summary, the bill amends existing law to increase penalties and make other elements more effective in deterring sexual misconduct. The law would supplement the current system of sex crimes in Florida, which presently include:

These are sex offenses committed against a victim who is younger than 16 years old. Lewd and Lascivious acts include battery, molestation, exhibition of genitals or other private body parts, and touching that does not rise to the level of molestation.

It is important to understand that, contrary to common presumption, there are certain claims that are not allowed as defenses. Therefore, the accused cannot:

Florida uses the term Sexual Battery to describe the criminal offense commonly known as rape. The crime covers any non-consensual sexual actions that involve force, coercion, or incapacitation. For example, if a victim is unable to consent to sexual activity due to being intoxicated or under the influence of drugs, the offender may face Sexual Battery charges. Falling under this category are such crimes as:

Unlawful Sex with a Minor

Often described as “statutory rape,” Unlawful Sex with a Minor may be charged when a person 24 years or older engages in consensual sexual activity with a minor who is aged 16 or 17. This charge protects sexual conduct where the individuals are close in age, under the concept of a “Romeo and Juliet” situation.

If you are facing any type of sex crimes under Florida law, it is important to seek legal representation right away. Not only do these offenses include jail time and fines, but you may be required to register as a sexual predator or offender for the rest of your life. Please contact attorney Kevin J. Kulik to schedule a confidential consultation at our Fort Lauderdale office.