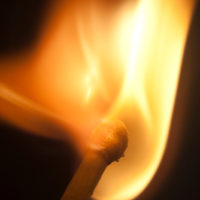 The Miami-Dade Police Department, with help from the state’s Bureau of Fire and Arson Investigations, arrested three men and three women in connection with an arson-for-profit scam that illegally netted them approximately $187,000 in insurance proceeds. The Naples News reported on the joint investigation between the two agencies in a May 18, 2018 article, and outlined the details of the scheme. Certain members of the group would locate a home for rent, and set up a “straw” renter to lease the property. The tenant would procure a renter’s insurance policy for the contents of the space, which would appear occupied through placement of furniture, clothing, and other personal items. Once the tenant settled in and the rental situation seemed legitimate, another member of the crew would state an accidental fire, enabling the straw renter to cash in on the insurance proceeds.

All suspects face multiple charges stemming from the arson-for-profit scheme, since the conduct violates both arson and fraud laws in Florida. A closer look demonstrates that the six individuals will face harsh penalties if convicted.

Overview of Arson Charges in Florida

You could be charged with arson if you intentionally cause damage to a structure through fire or explosion. There are also some special factors to consider:

Arson-for-Profit is a Fraud Crime

If you commit the crime of arson as part of a Scheme to Defraud, you could be charged with arson-for-profit. Generally, the offense involves a systematic course of conduct, engaged in for purposes of defrauding someone by misrepresentations. Specifically, arson-for-profit would be:

In the recent case out of Miami, the Scheme to Defraud was part of an Organized Fraud offense: There were multiple individuals participating and working to achieve a common, unlawful goal. The crime is punished according to the value of the property obtained, so the individuals will be charged with Organized Fraud of $50,000. As a First-Degree Felony, they face:

Rely on a Skilled Florida Lawyer to Defend Your Interests

Fraud is a serious crime, especially when combined with other criminal activity like arson. If you were arrested for arson-for-profit or any other type of fraud offense, you need an experienced criminal defense attorney to represent you in court. Please contact attorney Kevin J. Kulik with questions about fraud crimes or to schedule a free consultation. We can set up an appointment to review your legal defense options.