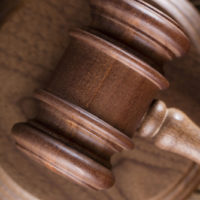 The case of a South Florida millionaire has made headlines in recent weeks, including the Palm Beach Post, as he challenges his DUI manslaughter conviction before the Florida Supreme Court. His legal team has argued that state rules governing blood tests in drunk driving cases are insufficient, resulting in inaccuracies that could result in guilt for a person who is innocent. Defense attorneys are requesting that the court toss out all evidence regarding the blood tests; if successful, the defendant would be entitled to a new trial that would proceed without the blood evidence. More importantly, any driver convicted of DUI in Florida based upon the results of a blood test could also get a new trial. The process for obtaining a new trial is highly complex, but, with the help of an experienced criminal defense attorney, it is possible to have your case reheard.

When a criminal trial results in a guilty verdict issued by the jury or judge, a defendant can file a motion for a new trial. In most cases, a defendant would argue that:

There may also be grounds for a new trial if you can prove that you were prejudiced based upon certain circumstances. Examples include:

Standard of Ruling on the Motion for a New Trial

When faced with this type of motion, the trial court judge must consider the weight of the evidence. This requires the judge to review whether a greater amount of credible evidence supports one side of an issue, as opposed to the other.

The Court’s Ruling on a Motion for New Trial

If the judge, after considering the weight of the evidence, grants the motion, the defendant gets a new trial and the process starts anew. However, if the court denies the motion, there may be grounds for appeal.

You Can Trust a Skilled Florida Criminal Defense Lawyer

It’s not easy to get a new trial in a Florida criminal case, as you must first have grounds to do so – and then go through the proper process under the state’s criminal procedural rules. If you don’t have a legal background, the proceedings are quite complex. When your legal rights are at risk, it’s important to have a knowledgeable criminal defense lawyer at your side. For more information on requesting a new trial and how these cases are handled on appeal, please contact attorney Kevin J. Kulik. We can answer your questions or schedule a confidential consultation at our Fort Lauderdale office.