South Florida Thief Gets Nothing, But May Face Attempted Burglary Charges 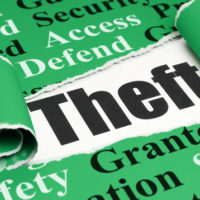 A recent incident in Lee County demonstrates how a person can be charged with a theft crime, even when he or she walks away empty-handed. According to Southwest Florida’s News-Press.Com, a man was casing the building and surrounding property of a roofing company in Fort Myers, Florida. Video surveillance caught him attempting to break into trailers by tampering with locks, but he was unable to access the contents inside. After spending almost an hour in failed efforts, the man left the property. Police are asking for the public’s help in identifying the offender, who will be charged with attempted burglary when he’s apprehended – despite the fact that he stole nothing. Still, attempted theft crimes can result in harsh penalties under Florida law. The key is the accused’s state of mind as it pertains to the different stages of committing a crime.

The offender never actually completed the act in an attempted crime, so courts look to the accused’s frame of mind to determine guilt. Generally, a prosecuting lawyer must prove actual, specific intent to commit a crime and some sort of action towards committing it. The type of crime is a critical factor to intent as well: A person who intended to only cause serious bodily harm cannot be convicted of attempted murder; he or she can only be convicted of attempted assault to cause serious bodily harm.

The Stages of a Crime

After establishing intent, a prosecutor must also prove that the individual took some action in furtherance of the crime. The stages of a crime are important for proving this factor:

If, at any point along the way, the perpetrator either abandons the criminal act or is prevented from completing it, the offense is incomplete. However, depending on the facts, there may still be an attempted crime despite not reaching Stage #5.

Even when you don’t proceed through every step of committing a crime, you can still be charged with attempt under Florida law. However, there are strategies to defend against attempted crimes which center on the intent element, which may be difficult for prosecuting attorneys to prove. A lawyer can work with you to present appropriate defenses, potentially helping you avoid or reduce the severe consequences of a criminal conviction. For more information on attempted crimes or to discuss the details of your case, please contact the Fort Lauderdale offices of attorney Kevin J. Kulik to schedule a confidential consultation.