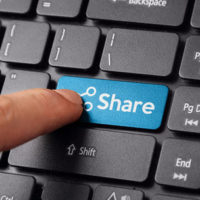 A Delray Beach, FL man faces multiple charges after being arrested by police for stalking, cyberstalking, and attacking a woman in Boynton Beach. The Palm Beach Post reported on December 7, 2017 that the offender first became obsessed with the victim through her Instagram profile. His activity quickly escalated, and the woman told authorities that she believed the man had been watching her through a bedroom window about twice a month for the last 12 months. Stalking turned into actual physical contact when the man entered the woman’s bedroom through the window and attacked her and a relative that tried to intervene. The pair was able to push the accused individual out of the room and the residence, at which point they called 911. Under the circumstances, the man may have to defend against Florida crimes of stalking and cyberstalking, which are two distinct crimes.

Florida law defines stalking as intentional, malicious activity, as part of a course of conduct, that involves following or harassing another person. Cyberstalking falls under the state statutory section, but also includes using electronic methods to send words, images, or language to an individual where:

One key aspect of the definition is how the law views a “course of conduct.” There is no specified number of instances. A court would look at how a series of acts, over a period of time, demonstrates continued intent to harass.

Any type of stalking is a First Degree Misdemeanor under Florida law, so the sentence for a conviction may include:

Under certain circumstances, authorities may charge Aggravated Stalking, such as where:

Aggravated Stalking is a Third Degree Felony, so the maximum jail sentence increases to five years and a $5,000 fine. The Delray Beach man did receive a trespass warning in December 2016 regarding the same victim, so there may be grounds for this charge.

The statute specifically provides that constitutionally protected conduct is not punishable. Therefore, if you were engaged in an organized protest or picketing under the First Amendment to the US Constitution, you can raise a defense.

In addition, there is the defense of legitimate purpose. If you have a lawful business or legal reason to communicate with someone, you cannot be charged with stalking. Examples include repeated attempts to collect on an invoice or contact the child’s other parent in a custody matter.

Discuss Your Defense Options with a Knowledgeable Florida Criminal Attorney

If you’ve been arrested on stalking or cyberstalking charges, it’s critical to obtain legal assistance right away. Please contact attorney Kevin J. Kulik to schedule a confidential consultation at our Fort Lauderdale office, or with questions about your options.