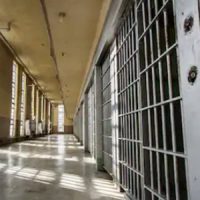 Even though murder is one of the most serious crimes in Florida, punishable by life in prison or possibly the death sentence, statistics reveal that arrests for this offense are not exactly rare. According to the Florida Department of Law Enforcement (FDLE), more than 780 people are charged with various forms of homicide statewide – and almost 150 of these arrests occur in Broward and Miami-Dade Counties.

However, these statistics only report the number of people charged with murder; they do not go into detail on the different degrees, and one key piece of the puzzle is missing: The number of individuals who were convicted. Being arrested is not the same as being convicted, and the bar for the prosecution is quite high. Your Fort Lauderdale homicide lawyer can work with you to develop a solid strategy for fighting the charges, which may include:

Even before the trial, there may be opportunities to defend the charges through motions. Options include:

Your first opportunity to defend your interests at trial comes when the prosecutor presents its case-in-chief, i.e., all the evidence, testimony, and exhibits that the government will offer to establish guilt. Keep in mind that the prosecution must prove each element of a murder crime beyond a reasonable doubt. This strategy focuses on identifying weaknesses in the prosecutor’s case and exploiting them.

At any point during the proceedings, you may be able to discuss a plea agreement with the prosecutor. In most cases, this means pleading guilty in exchange for the prosecutor’s recommendation that the charges be reduced. For instance, the prosecution may be willing to reduce a Second Degree Murder charge to Voluntary Manslaughter. Note that plea bargains are more likely when the evidence against you is weak.

Self-defense and defense of others are legal concepts around which you can develop a defense strategy, but you must have very specific evidence. However, even if you do not have proof to support an acquittal, this information could work to your benefit. An example would be the defense of mistaken identity if you were arrested for the murder of a law enforcement officer, whom you thought was an average citizen.

If you are facing murder charges in Florida, time is of the essence to retain experienced legal counsel for assistance. You face the harshest penalties under state law, so getting a lawyer involved at the earliest stages is critical. To learn how our team will fight for your rights, please contact attorney Kevin J. Kulik in Fort Lauderdale. We can set up a consultation to review your circumstances and discuss defense options.