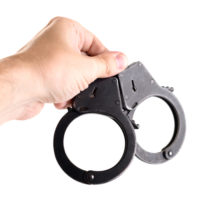 A search for a missing 51-year-old Titusville, FL woman that began December 19, 2017 ended on a somber note, when her body was discovered the morning of Christmas Eve. Florida Today reported that her husband was arrested on murder charges and is currently being held without bail at the Brevard County Sheriff’s Office. According to the Titusville Police Chief, the couple had a violent argument and physical altercation on the day before the woman was reported missing. In the heat of the moment, the man inflicted fatal blows upon his wife. Then, he put her body into the back of a truck and drove it to a wooded area – where it was found by police using information provided by the suspect. Under the circumstances, the man was charged with second degree murder in Florida, which means he could face life in prison if convicted.

Any unlawful killing of a human being is considered homicide under Florida law; murder and manslaughter are the two primary types of homicide, but there are additional degrees within each category. First Degree Murder is the most serious, and is punishable by the death penalty. However, it is necessary for the prosecutor to prove beyond a reasonable doubt that the act of killing was premeditated. In a “heat of the moment” situation where the fatal blow could have been an accident – such as the case of the Titusville, FL man – the charge would be Second Degree Murder.

There are two different scenarios where an unlawful killing may be charged as Second Degree Murder, including:

This offense is a First Degree Felony in Florida, so you face up to life in prison, life on probation, and a maximum fine of $10,000. Second Degree Murder falls under the mandatory minimum sentencing structure, so a judge is only required to issue incarceration of 16 years plus eight months. Still, Florida’s 10-20-Life law requires a mandatory minimum sentence of 25 years if you use a firearm in commission of the crime.

No matter what type of homicide charges you face, you will need an experienced criminal lawyer to assist with your defense. Please contact the Fort Lauderdale office of attorney Kevin J. Kulik for more information or to schedule a consultation.