Types Of Vehicular Manslaughter That Do NOT Involve DUI 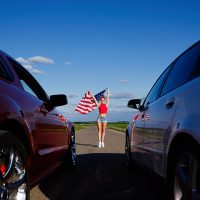 Even if you do not have a legal background in Florida criminal laws, you probably know that manslaughter is lower on the scale of severity as compared to homicide. In general, someone could face manslaughter charges for killing another person under circumstances that do not rise to the level of homicide. State statutes draw a distinction between voluntary and involuntary, and intent is the key: With involuntary manslaughter, it is not necessary for the prosecutor to prove that the defendant intended to kill or perform the act that led to the victim’s death.

As a result, in many fatal DUI accidents, the impaired motorist will be charged with vehicular manslaughter. This may not come as a surprise, but you may not realize the other types of illegal conduct that come within the statute. A Fort Lauderdale vehicular manslaughter attorney can assist with defenses and strategies for fighting the charges, and some information on cases not involving drunk driving is also useful.

Under the Florida statute on vehicular homicide, you could be arrested for:

From this description, you can see that the prosecutor does not need to prove beyond a reasonable doubt that you intended to kill the victim. Instead, the prosecution must show “culpable” negligence – i.e., you purposefully drove in a way that you should know would drastically increase the risk of death or severe injuries. Besides driving while under the influence of alcohol, other conduct that could lead to an arrest for vehicular homicide, such as:

Penalties for a Vehicular Homicide Conviction

Most cases of vehicular manslaughter are charged as a Second Degree Felony punishable by up to 15 years in prison. However, if you left the scene or failed to render assistance, the crime is a First Degree Felony. You could be sentenced to 30 years’ imprisonment and a $10,000 fine. Plus, there are substantial collateral consequences for a felony conviction which could affect your driver’s license, employment, and family.

A solid defense strategy is critical for defending charges of vehicular manslaughter, and your lawyer will take the lead with the details. Some tips will also help you get through the encounter with police.

Among the most important To-Do’s on your list should be getting in touch with an experienced lawyer who can assist in fighting vehicular homicide charges. Our team is ready to defend your rights, so please contact attorney Kevin J. Kulik to schedule a consultation at our offices in Fort Lauderdale.