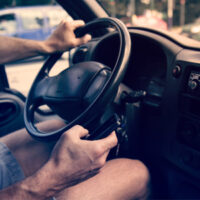 Traffic tickets are a fairly common occurrence around Fort Lauderdale, so it’s easy to fall victim to the myth that a citation is not a big deal. However, when you’re facing charges for violating Florida’s statute on reckless driving, you should definitely be concerned about your legal rights. While some traffic tickets are minor and amount to a civil infraction, reckless driving is actually a crime – a misdemeanor or even a felony depending on the circumstances.

You face prison time, fines, and other penalties if you’re convicted of reckless driving, which is why it’s essential to retain a Florida traffic violations defense attorney immediately after an arrest. It’s also important to know what kinds of conduct might lead to charges for reckless driving.

Reckless Driving Definitions and Examples: Florida law includes several different sections on unlawful operation of a vehicle, including careless driving and aggressive careless driving – both of which are less serious than reckless driving. There’s also a separate provision for racing on highways, i.e., “drag” racing. However, the definition of reckless driving is specific: You could face charges if you operate a vehicle in willful or wanton disregard for the safety of other individuals or property. Conduct is generally considered willful and wanton if it exhibits indifference to the consequences, along with knowledge that injury is likely to result.

In addition, fleeing a police officer in a motorized vehicle is considered reckless driving per se – which means that the prosecutor in the case doesn’t have to prove willful or wanton disregard. The act itself is sufficient proof to establish guilt.

Penalties for a Reckless Driving Conviction: The offense is not specifically classified under Florida law, so it is punished as a Second Degree Misdemeanor by default. If convicted, you could face up to 90 days in jail, a fine ranging from $25-$500, or both. For second and subsequent convictions, your punishment may be incarceration up to six months, a $50-$1,000 fine, or both.

The penalties are more severe if you cause property damage while engaged in reckless driving, so the crime is a First Degree Misdemeanor. Your jail sentence could be up to one year, along with a $1,000 fine. When your conduct leads to bodily injury to a victim, the offense becomes a Third Degree Felony. Though it’s the least serious form of felony, you could still be sentenced to a maximum of five years’ incarceration and a $5,000 fine. Plus, you’ll have a felony conviction on your permanent criminal record.

If you’ve been accused of reckless driving in Florida, it’s wise to discuss your situation and legal options with an attorney. The crime carries potential jail time, hefty fines, and other penalties if you’re convicted, especially the serious collateral consequences of having a felony on your permanent criminal record. To learn how our team can assist with your case, please contact Fort Lauderdale traffic violations attorney Kevin J. Kulik. We can review your circumstances and determine a strategy to fight the charges.