What Does Double Jeopardy Really Mean In A Florida Criminal Case? 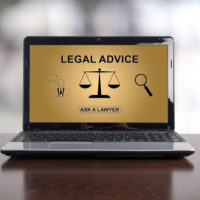 Much of what people know about double jeopardy comes from TV and movies. Unfortunately, while it may add intrigue to the plot, the primary takeaways surrounding this legal concept are quite misguided as they are presented in films. Even its namesake movie, Double Jeopardy, contains many falsehoods: In it, the heroine believes she can elude criminal liability if she murdered her husband a second time, after previously being convicted of his murder. In truth, these are separate crimes and she could have been convicted again; a plot twist having nothing to do with double jeopardy prevented this.

Because there are so many misconceptions about double jeopardy, it should be helpful to clear them up, though you should always rely on a Florida defense attorney to advise you on your own circumstances.

The Fifth Amendment to the US Constitution and Article 1, Section 9 of the Florida Constitution prohibit a person from twice being “put in jeopardy” for the same offense which means you cannot be prosecuted more than once for the same crime. Double jeopardy acts as a defense to criminal prosecution, protecting you from:

Application of the Double Jeopardy Rule

The concept applies in all criminal cases, whether you are charged with a felony or misdemeanor. It does not affect administrative proceedings or civil cases, however. Therefore:

When You Are Considered in Jeopardy

The key to double jeopardy is at what point you are considered as being “in jeopardy” during a criminal case. Generally, the rule will NOT apply where:

In both situations, jeopardy did not attach. Law enforcement can still arrest you and prosecutors can still proceed on your case. Conversely, double jeopardy will protect you if: