What is Marsy’s Law and How Can It Affect a Florida Criminal Case? 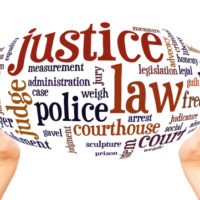 Many Floridians are familiar with Marsy’s Law when the topic was in the news around November 2018, the date it was approved as an Amendment to the Florida Constitution by 62 percent of voters. You might recall that the measure was intended to enhance the rights of crime victims as a matter of constitutional law, putting victims and their families on relatively equal footing with the person accused of an offense.

What you may not realize is that certain provisions may undermine your rights if you are facing charges, so you probably have concerns about how Marsy’s Law might impact your case. A Florida criminal defense attorney can explain the constitutional implications and potential effects, but some background information may be useful.

Backstory Behind Marsy’s Law: A version of the statute was first passed in California in 2008, as a result of the tragic circumstances surrounding the family of a 1983 murder victim. Marsalee Ann “Marsy” Nicholas was murdered by an ex-boyfriend, who continued to torment her family for the two years after his arrest and before the trial. Unknown to the victim’s relatives, the accused was free after posting bail and only found out when he engaged in stalking and other misconduct. Marsy’s Law resulted from the circumstances as a sort of bill of rights for crime victims and their families.

Rights of Victims Under the Florida Version of Marsy’s Law: The amendment to Florida’s Constitution includes new protections for crime victims, including the following:

Implications of the Law on Rights of the Accused: Proponents argue that Marsy’s Law extends proper protections to the victim, but opponents contend that it adversely affects the civil liberties of the person facing charges. The constitutional amendment is relatively new in Florida, so time will tell how it will affect criminal cases. One of the most controversial aspects of Marsy’s Law is that it might require a judge to exclude certain evidence that could benefit the accused. When this information is deemed inadmissible, a conviction is obviously more likely.

Certain aspects of the amendment might seem to put victims and their families in a preferred position compared to the accused, especially when it may result in tossing out evidence that might favor your case. However, it is currently the law of the land in Florida, so you need knowledgeable legal counsel to assist with your defense. To learn more about strategies aimed at obtaining a favorable outcome, please contact Fort Lauderdale criminal attorney Kevin J. Kulik. We can set up a confidential consultation to review your situation and advise you on your options.