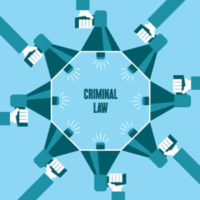 Though the Florida recount for the governor’s office and US Senate captured many headlines, significant changes to the state’s constitution were also passed during the 2018 election. The Miami Herald outlined these new laws, three of which will affect different aspects of the criminal process. By law, these amendments will go into effect the first Monday in January following an election; according to the calendar, the effective date will be January 8, 2019. Though you should discuss your situation with an experienced Florida criminal defense attorney, an overview may be useful.

This long-awaited, highly controversial constitutional amendment puts Florida on an even keel with most other US states. The American Civil Liberties Union of Florida estimates that around 1.4 million convicted felons have previously been denied the right to vote, even after serving their sentences in full and paying all fines. With the passage of Amendment 4, most individuals convicted of a felony will now be able to vote in upcoming elections. There are two caveats to the law:

One very technical amendment affects how judges review cases that arrive in court after a determination by administrative agencies. Instead of reviewing whether the agency hearing officer came to a proper legal conclusion, judges will be required to interpret statutes and regulatory rules directly. This Florida constitutional amendment enables an extra layer of interpretation, bolstering the rights of anyone facing violations of administrative rules.

This provision parallels a statute in California called “Marsy’s Law.” It requires prosecutors and law enforcement to keep victims and their families informed about the status of a case that involves them. The language provides 11 rights of victims, including:

The new constitutional amendment applies at all stages of the criminal proceedings, so long as the rights of victims do not interfere with the civil rights of the individual facing charges.

Regardless of whether any of these new laws apply to your situation, you are always in a better position when you have a criminal defense attorney to represent your interests. If you have questions or want to know more about how these recently approved constitutional amendments may affect your case, please contact attorney Kevin J. Kulik. We are happy to schedule a confidential consultation at our Fort Lauderdale office.