What Prosecutors Look at When Reducing a DUI to Wet Reckless 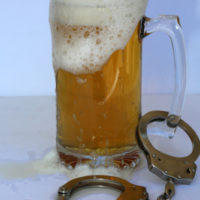 If you were arrested for driving under the influence of alcohol in Florida, you may qualify to resolve the charges by entering a plea known as “wet reckless.” Basically, even though there is evidence that you were drunk driving, you would work out an agreement with the prosecutor to admit that you were reckless driving. There are numerous benefits, particularly when it comes to the punishment and consequences. You may be eligible for probation and can avoid a driver’s license suspension – instead of facing incarceration, fines, and other sanctions that would normally apply for a conviction under Florida’s DUI statute.

Still, prosecutors are not always willing to agree to take your drunk driving case down to a wet reckless. You can count on your Florida DUI defense lawyer to work out the details, but you should know the factors the prosecution will review when considering an arrangement for wet reckless.

Why a Prosecutor May Consider Reduction of DUI Charges: In general, the prosecution may decide to pursue the case as a wet reckless instead of drunk driving when there are challenges in obtaining a guilty verdict. Prosecuting attorneys do not like to lose cases, but they may be aware of weaknesses that could lead to a finding of not guilty. When faced with a potential loss, the prosecution may probably be more willing to accept your guilty plea. In most cases, the court is usually willing to go with the prosecutor’s recommendation to reduce the charges to a wet reckless.

Factors to Support a Reduction to Wet Reckless: The prosecution is making a judgment call by reducing your case down from a DUI, so you can be sure the attorney will focus on certain factors that surrounded your drunk driving arrest. For instance, you are more likely to benefit from a wet reckless if the arresting officer wrote that you were polite and cooperative during the roadside stop. In addition, other considerations include:

Though every case is different, these and other factors are key when attempting to resolve your drunk driving case through pleading to wet reckless. To learn more about your options or other defenses to DUI charges, please contact Fort Lauderdale DUI attorney Kevin J. Kulik to schedule a confidential consultation at our office.