Your Vape Pen Could Lead to Serious Drug Charges in Florida 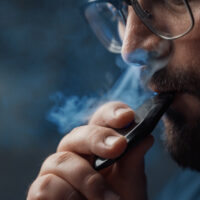 Vaping is incredibly popular as a means of consuming marijuana by qualifying medical patients and recreational users in Florida. It’s convenient and distributes less aroma, and the equipment is readily available. However, while other US states have made pot legal for both medical and recreational use, marijuana remains a Schedule I controlled substance in Florida. As a result, there’s a popular misconception about the serious charges an individual could face when charged with vaping marijuana.

If you were arrested for vaping pot, you’ll need an experienced Fort Lauderdale drug crimes lawyer to fight for your rights. In the meantime, you may find it useful to review some key points.

Possession of Marijuana in Florida: You could be charged with pot possession if you’re caught with a vape pen that includes a cartridge with cannabis. It’s important to note the difference when it comes to concentrates. You might only face a misdemeanor for possession of less than 20 grams of marijuana in its raw form; however, you could be charged with a separate crime – a Third Degree Felony – if you have such cannabis concentrates as resin, was, butter, and other substances. For a conviction, your sentence could include:

Florida Laws on Possession of Drug Paraphernalia: In addition to possession of a controlled substance, state law prohibits possession of the implements used for ingesting, inhaling, or otherwise consuming drugs – including vape pens. Florida’s statute on the topic is quite broad, so almost any item could qualify as drug paraphernalia. For example, besides a vaping atomizer, you could be charged if you have:

Possession of drug paraphernalia is a First Degree Misdemeanor in Florida, for which you could be sentenced to a year in jail, probation, and a $1,000 fine. Of course, you’d typically also be facing charges for drug possession as mentioned above. Plus, if the circumstances indicate that your possession of both drugs and paraphernalia is part of a larger operation, you could also be arrested for drug trafficking. Having just one vape pen wouldn’t likely lead to such charges, but being in possession of dozens could support an arrest for trafficking.

Talk to a Florida Drug Crimes Defense Attorney About Your Case

Prosecutors tend to “overcharge” individuals to improve their chances of obtaining a conviction, so they’ll include as many counts as they can in a Florida criminal case. Being arrested for vaping marijuana is a classic scenario of this issue. When you work with a knowledgeable lawyer, you improve your chances of a favorable outcome in a drug crimes case. To learn more about how these laws work, please contact the Fort Lauderdale offices of attorney Kevin J. Kulik. We’re happy to set up a free consultation and advise you on your rights.