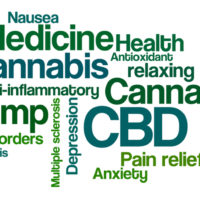 The arrest of a Disney guest on drug charges made headlines across the country, and a May 15, 2019 article in the South Florida Sun-Sentinel outlined the details. As a 69-year-old woman was going through security and bag check at the Magic Kingdom, her small bottle of cannabis-based CBD oil caught the attention of Disney staff. The security guard called the Orange County Sheriff’s Office and a deputy arrived to assess the substance using a marijuana test kit; the oil was positive for the presence of THC. Despite the woman’s claims that the CBD oil was legal and had been prescribed by her doctor, she was arrested on charges of hashish possession.

The charges were ultimately dropped, but the story raises important issues about how Florida’s marijuana laws apply to CBD oils, cannabis derivatives, and THC. A Florida drug offenses defense attorney can explain in more detail, but a summary may be useful.

Questions Regarding Current Florida Law on CBD Oil: First, you should note that there are two types of CBD oil:

Hemp-based CBD has been decriminalized by the federal government, but possession of any CBD oil – with or without THC – is a felony in Florida. You could face up to five years in prison for a conviction, along with a fine. The exception is if you have a medical marijuana card and are listed on the state’s registry.

Florida law will come into alignment with the federal statute, and those of other states, if the governor signs a bill to decriminalize CBD. The problem is that there’s a grey area until the measure becomes effective, so you could be arrested if:

What to do if You’re Arrested for CBD Oil Possession: Never resist arrest, even if you know you’ve done nothing wrong or have a defense. You could face additional, more serious charges. You should also not interfere with officers who are using a test kit to determine whether the substance is illegal.

In addition, don’t make any statements regarding your case or try to convince police that you’re innocent. Officers are going to arrest you either way, and you could reveal information that could be detrimental to your case. Instead, your only words should be a request to use the phone so you can call your defense attorney.

Talk to a Florida Drug Crimes Defense Lawyer About Your Case

Considering that the law is in a state of flux regarding CBD, you may have a defense if you were arrested for possession of certain substances or other drug offenses. For additional information please contact Fort Lauderdale drug crimes attorney Kevin J. Kulik. We can answer your questions or schedule a confidential consultation at our Fort Lauderdale office.