Evidence That Can Lead To A DUI Conviction Without A Breathalyzer 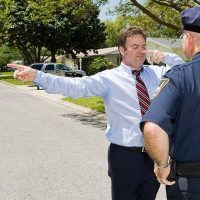 Authorities remain vigilant in apprehending those who violate drunk driving laws, with the Florida Department of Law Enforcement (DLE) charging almost 34,000 motorists with DUI every year. Still, it is important to remember what an arrest means: Officers had a reasonable suspicion to believe that you were driving while under the influence of alcohol, so they pulled you over and conducted an additional investigation. Through these efforts, police had probable cause that you broke the law and charged you with DUI.

In other words, an arrest is not a conviction. There is a much higher standard to prove the crime of drunk driving, and the prosecution has the heavy burden of establishing guilt beyond a reasonable doubt. Breath tests are instrumental, since they measure your blood alcohol concentration for purposes of determining whether you were over the legal limit of .08 percent. However, there are other sources of proof that you might not expect. Retaining a Fort Lauderdale DUI attorney is critical in cases where evidence could lead to a conviction without a breathalyzer, such as:

There are two aspects of officer testimony to be aware of in a drunk driving case:

Either of these forms of testimony may be sufficient to get a conviction because of Florida’s DUI law on impairment. If officers observe that your normal faculties are impaired by alcohol or drugs, proof of your BAC is not necessary. Examples include bloodshot eyes, slurred speech, and the odor of alcohol; your performance on field sobriety tests may also be the subject of police testimony. Note that the police report can be used as evidence to convict even without the officer’s presence in court.

In some cases, the prosecutor may present documentary proof of impairment. One of the most common strategies is recovering receipts and credit card information from the restaurant that the defendant visited before being pulled over. This example is a good reminder of why you do NOT answer police questions about where you were coming from and going.

In addition, prosecutors can take advantage of investigation tactics to gain access to your social media posts. Comments, check-ins, tags, photos, and video may help the government get a conviction.

Under certain circumstances, law enforcement may be able to conduct a chemical test to measure your BAC without your permission. Florida empowers officers to take a forced blood draw if:

To learn more about breathalyzers, chemical tests, and other sources of proof in a Florida drunk driving case, please contact attorney Kevin J. Kulik. We can schedule a consultation at our Fort Lauderdale office to review your situation and determine how to fight DUI charges.