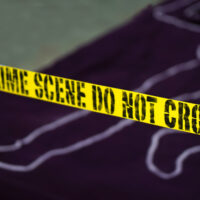 The story of the mysterious disappearance of a Marion County, FL woman and her four young children came to a tragic end when the bodies of all five victims were discovered many miles away in rural Georgia. According to a September 16, 2019 article in the Miami Herald, none of the individuals had been seen or heard from for around six weeks. The woman’s husband, who was also father to her two youngest children, was arrested on multiple charges. He was extradited and is being held in Ocala, FL without bail.

Officials noted that additional counts against the defendant may be forthcoming as the investigation continues, potentially leading to federal charges. The potential penalties for a conviction are more serious at the federal level – including long prison terms and hefty fines, so it’s essential to retain a Florida federal crimes defense lawyer right away. You should also review the different scenarios in which a case becomes federal, when it would normally proceed under state laws.

Criminal Activity Across State Lines: When factors related to commission of the crime cross state lines – as they did in the recent case between Georgia and Florida – authorities may bring federal charges. Prosecutors don’t have to prove you were actually physically present in another state, however. You could go through federal criminal proceedings if your conduct extends outside of Florida through:

Violations of Federal Law: Much like Florida has enacted criminal laws, there is a section on Crimes and Criminal Procedure within the US Code. These crimes range from offenses against property, people, or the US as a nation, such as:

Plus, there are some federal crimes that fall under different sections of the US Code, most notably offenses involving possession, trafficking, and manufacturing of controlled substances.

Committing a Crime on Federal Property: In some situations, an offense becomes federal in nature because of where it occurred. As such, the crime would usually be a state matter, but federal officials take over because the conduct took place:

The most common state crime that becomes federal because of location is driving under the influence of alcohol or drugs.

Rely on a Florida Criminal Defense Lawyer for Legal Help

To fully understand the implications of being charged in federal court, please contact Fort Lauderdale federal crime attorney Kevin J. Kulik. We can set up a free consultation at our office, where we’ll answer your questions and provide additional details.